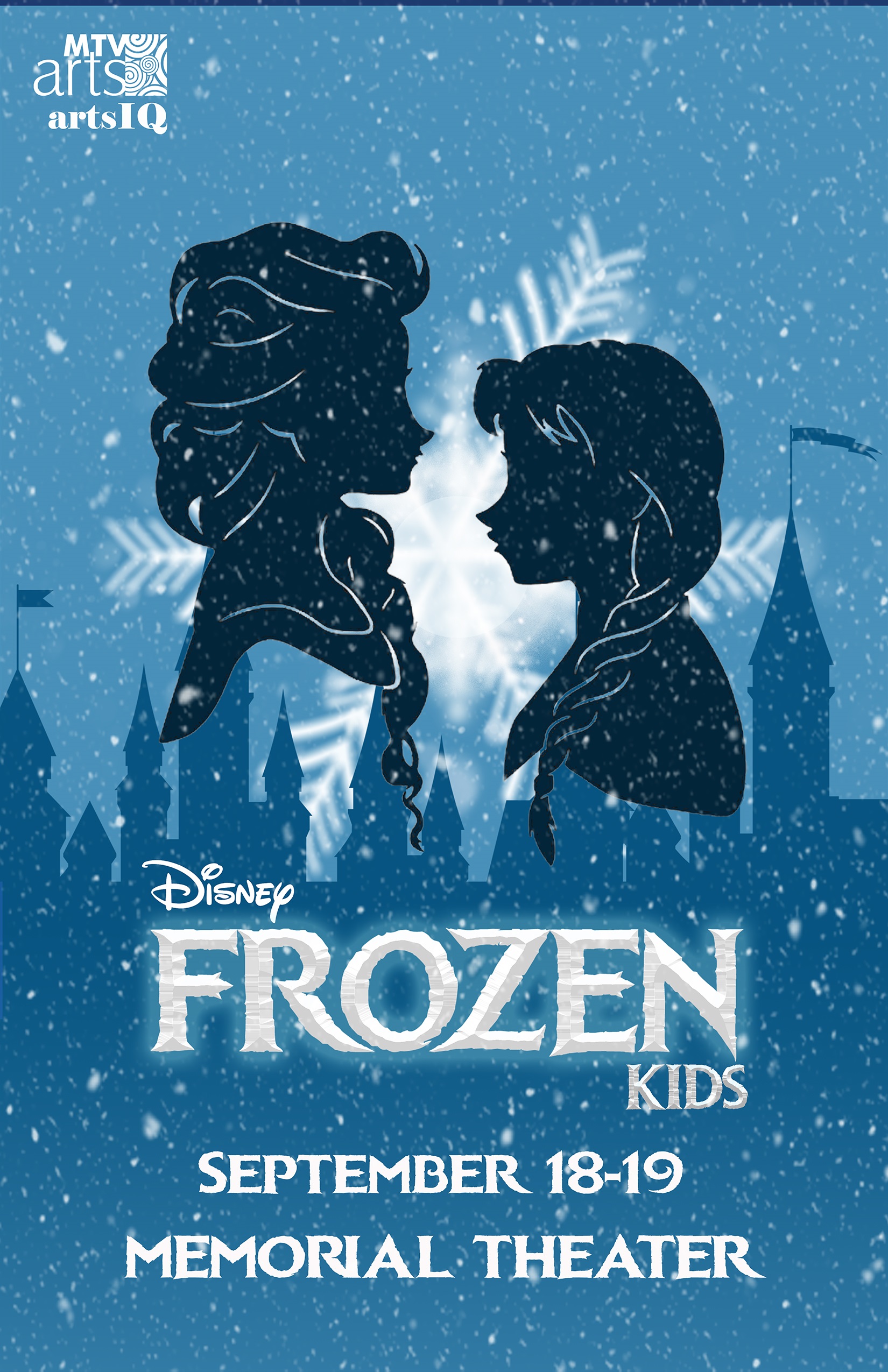 As an all-volunteer organization and with the number of students involved, we find ourselves unable to meet the restrictions and expectations for a safe environment to host our artsIQ summer workshops and September performances. Our plan is to perform Frozen JR and KIDS in 2021.

Do you want to build a snowman? Join Anna, Elsa, Olaf, Sven, and all of your favorite characters as they embark on an epic, ice-filled journey of self-discovery, camaraderie, and the real meaning of true love.

Frozen KIDS is an adaptation of the 2018 Broadway musical, which was based on the 2013 Walt Disney Animation Studios film, written by Jennifer Lee and directed by Chris Buck and Jennifer Lee. This production, presented by our youngest stars ages 8-12,  has a run time of less than one hour so it is perfect our youngest audience.

All your musical favorites like “Love Is an Open Door,” “Do You Want to Build a Snowman?,” and “Let It Go” are included and, for the first time in forever, hear wonderful new songs from the Broadway production. Frozen KIDS is sure to prove that “some people are worth melting for.”